The owner of a large unauthorized sign that angered a neighbor says he is leaving the area because of the ensuing fallout.

A homemade billboard for housing in TÅ«Ätapere must drop, according to the council.
Photo: Provided

Three weeks ago, Ton Crooymans built a large sign marking the large seaside lodge he owns in TÅ«Ätapere, about an hour west of Invercargill.

Less than 24 hours later, he received an email from Southland District Council telling him he had to remove it by October 29.

The size of the panel would likely trigger a publicly notified consent process, the council said.

However, the sign had already caught the attention of community figures, including Mayor Gary Tong, who said he would raise the issue with council staff and see if he could strike a deal for it. remains in place until a decision can be made on consent.

On Monday, Tong confirmed that he had failed in his attempts and that the sign must now come down.

However, Crooymans said he has no plans to remove the panel and is now looking to sell.

The sign had rocked him after 15 years of dealing with the board, he said.

“I don’t intend to take it off at this point. And then we’ll move on, we don’t want to hang around here anymore. That’s enough.

“We’ll have to sell first. But that’s it. Let someone else try. We spent our savings on this project. [lodge], doing something really cool for this region. “ 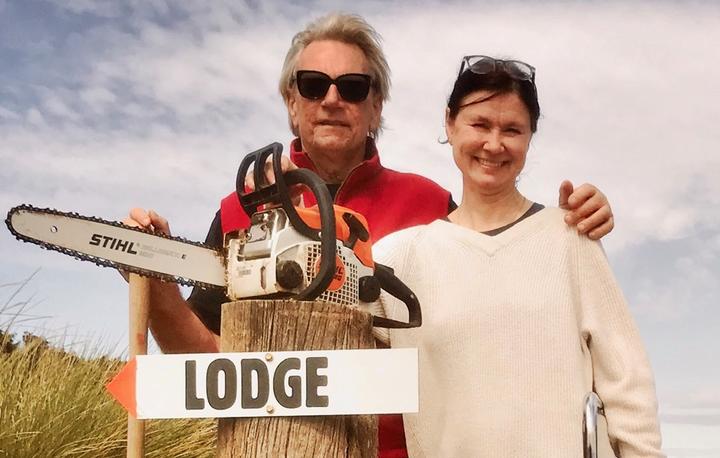 The sign in question reads “The Cliffs” and announces Crooymans’ 18 studios in TÅ«Ätapere that he has set up with his partner.

Composed of two cattle stops and four perpendicular electricity poles, the panel is 10 times larger than what is allowed by the district plan.

Crooymans said being called out for it was a double standard, as a similar unauthorized structure – also made up of utility poles – had flown under the radar at his address for 14 years.

“That’s not how the Deep South should be. People first – you can put it on your sign when driving around the province, but is it?” Crooymans asked.

Crooymans is originally from the Netherlands and has lived in TÅ«Ätapere for 16 years.

He believed the new signage was an imaginative way to promote his business while also nodding to the surrounding area.

Neighbor Baerbi Kratzeisen confirmed to Local Democracy Reporting that she alerted the board to the unwilling structure, but declined to comment further.

When asked to comment, Southland District Council environmental planning director Marcus Roy reiterated that it was likely the sign would need to be publicly notified in its current form.

â€œThe owner of the sign had two and a half weeks to remove the sign, which meant a deadline of October 29, 2021,â€ he said.

“At this point, we have not confirmed whether the panel has been removed or not.”

Local Democracy Reporting is a public interest information service supported by RNZ, the News Publishers’ Association and NZ On Air.